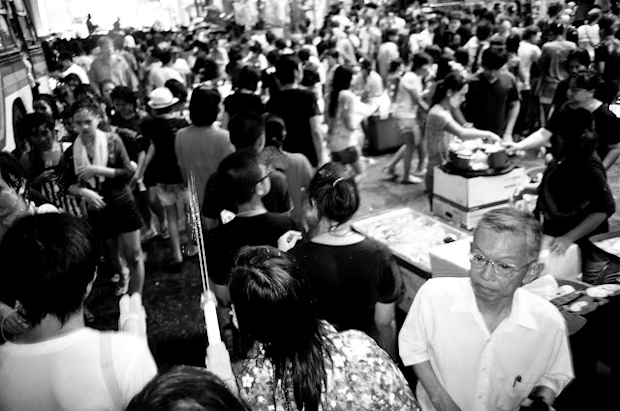 Ready for Songkran 2012? Before you go, let me take you on a journey. A journey to the steamy and exotic city of Bangkok, Thailand. Songkran is the worlds largest multi-day water-fight, and traditional Thai New Years celebration. Taking place around the 13th to the 15th of April every year, my sorry tale of Songkran destruction should be a warning, to all who choose to brave this spectacular event.

OK. There is one piece of Songkran advice you really need to know: you will get wet. Drenched. You can’t avoid it. From the moment you step outside, onto the soaked streets of Bangkok, smiling Thai’s await, ready to squirt you with a water-pistol, throw a bucket of water on you, or point a conveniently located  fire-hose in your direction. 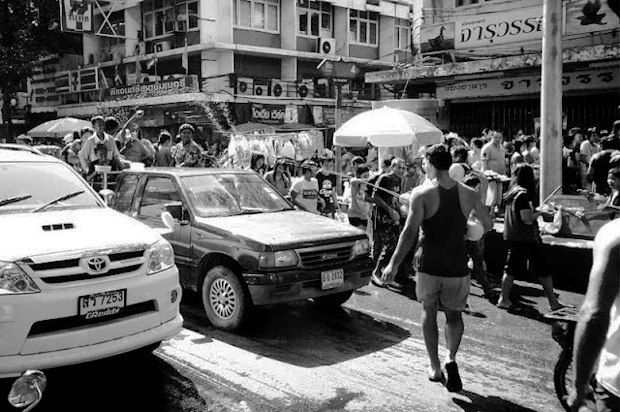 I was totally caught by surprise at the tremendous city-wide scale of Songkran. New Years is celebrated by the entire city of Bangkok, by splashing everyone in sight, and randomly pasting faces with mushy talcum powder. Even inside a car or taxi, windows down, you will be targeted. Tip: a Tuk Tuk offers no protection. All over Bangkok, everyone joins in the fun. From glitzy hotels on busy roads, through to quiet “Soi’s” and back streets, Songkran is truly everywhere. For several days, Bangkok takes on an entirely new persona. Songkran is truly one of the greatest attractions of the Thai calendar – for locals and tourists alike. 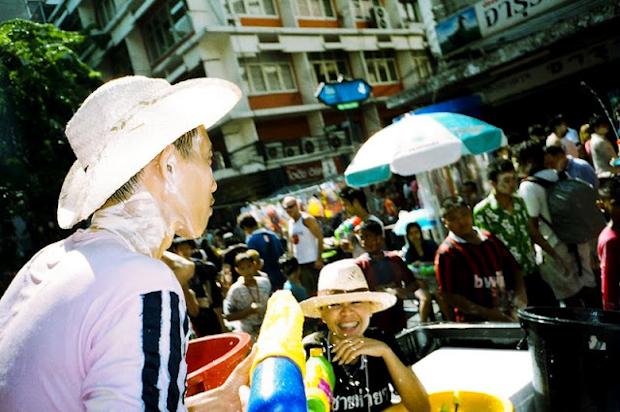 In the days before Songkran last year, I excitedly purchased my “dream” travel camera from a well-reputed Bangkok camera and photographic store. Its a “Leica”. For over fifty years, Leica has been a camera brand renowned for hand-built German precision. A “bulletproof” camera. Songkran proof? Well, just in case, I wore my most water-resistant backpack, with a built-in, totally waterproof rain-cover that fits snuggly over the top.

The precious camera was placed inside a wet-suit like case, then wrapped inside a small towel, and placed in the backpack. Only should it be deemed safe, would I take out my new toy from its snug little cocoon. On the first day of Songkran, as I left the Hotel, it didn’t take long to realise that the camera was unlikely to be safe, at any point during the next few days. I lasted about 30 seconds, before being completely saturated. 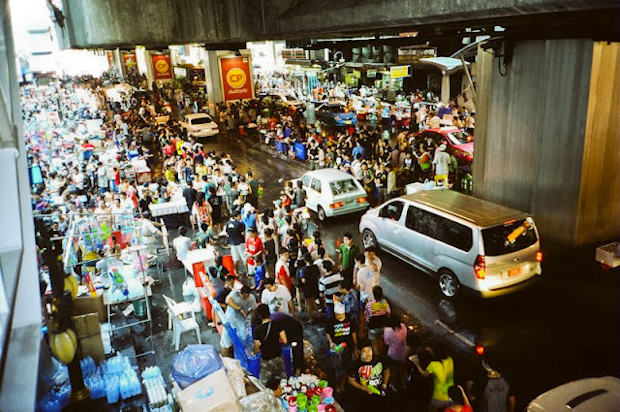 During Songkran, There Isn’t a Dry Eye in the House

Enjoying the coolness of being wet on a brutally hot Bangkok day (the water is often ice-cold) , I travelled around the city for hours, checking in at various Songkran hotspots. I noticed people specifically targeting cameras, phones, and any electronic device. With a cheeky grin, the water-pistols would be aimed right at cameras. I used my $10 film camera to get the pictures you see here, thinking that if the cheap camera was destroyed, it wouldn’t be a great loss.

Several hours into the day, I found myself high above the road, on a platform of Sukhumvit train station. Below me, at street level, was absolute mayhem. After watching more than a few failed attempts at shooting me from below, I decided that I was high and dry enough to get some unique photos, in relative safety. Time to get the Leica out.

Without opening my backpack fully, I slid my hand deep into the backpack, all the time scanning for Thai water-snipers. Then, it happened. I felt the blood draining from my face. The backpack, water-proof as it should be, was indeed, half-full of water. My hand was completely submerged, as was the first part of my fore-arm.

An hour earlier, I had been attacked by bucket toting Thai’s. When they poured a large quantity of water over my head, it must have found its way down my neck, and had been pooling inside the backpack, unable to drain away. 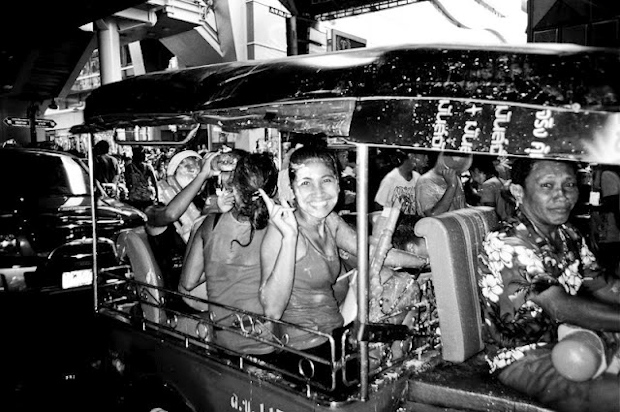 I could feel the camera. It was totally underwater. Days old, and with a purchase price equivalent to an some annual Thai salary’s, I was scared to pull my Leica out from the backpack. I looked at Phillipa, the better looking half of Yomadic, and said something along the lines of “holy sh*t mother f….”, calling for divine intervention.

As I pulled the camera from the bag, water was quite literally pouring out, from inside the Leica. I had to think fast. We were in a relatively safe zone, so I passed the camera to Phillipa. “HOLD THIS, WAIT HERE!” I ran to the nearest 7-11, to buy some tissues, a towel, anything dry that I could hopefully salvage the camera with. 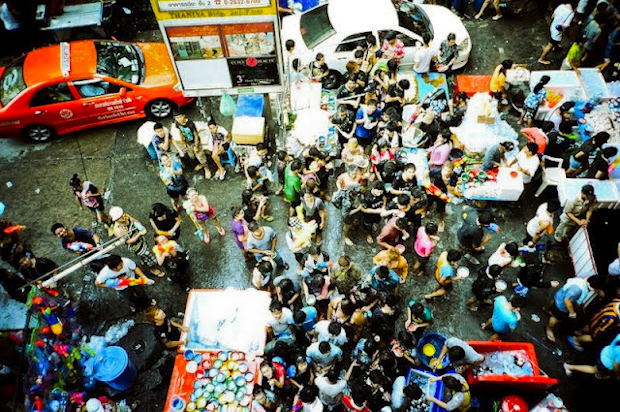 All of my clothes were soaked, as were Phillipa’s. There is water, mixed with talcum powder, absolutely everywhere. I made it to the local 7-11 within a few minutes, hurriedly scanned the shelves, tried to make sense of the Thai language on the packaging- ahh! A box of tissues! I jumped to the counter, paid, and ran back to Phillipa, and the Leica-on-life-support.  Deftly shuffling through the Bangkok crowds, bag of tissues in hand, slipping and sliding along the side-walks, I thought I just might save the Leica, the most expensive camera I have ever bought.

Puffing, panting, and still smiling, I ran up the stairs. There was now a small crowd around Phillipa, it seems we truly discovered one of the few Songkran-safe-zones in the entire Bangkok metro area. I ripped the package of tissues out of the 7-11 bag, and proudly held them high. “I GOT TISSUES! QUICK! GIVE ME THE CAMERA”.

Phillipa looked at the package, and despite her lack of Thai, said to me “uh, Nathan, they’re not tissues. They’re… Pads”. My face expressed my confusion. “Pads. Like Tampons. A bit. Pads. You know…”

I’d not only proudly bought Tampons (or Pads, I’m still not totally sure, it’s all a blur), from a ram-packed 7-11, I had run with them through the bustling streets of Bangkok, held them high and proud at a busy train station, and then pulled them out to dry my camera, as many, many Thai locals watched on. 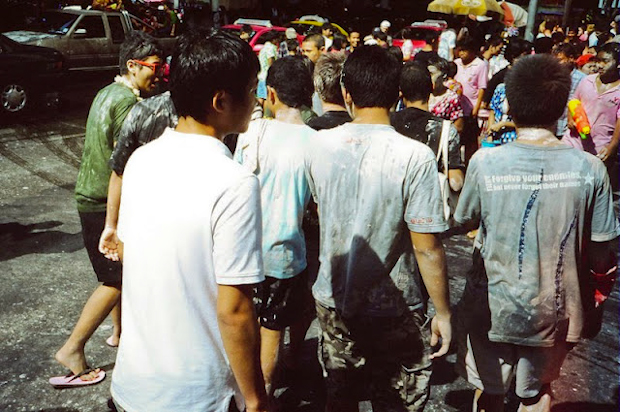 Yes, I used Tampons, in public, in Bangkok. Possibly, “Pads”. Oh yes, they really mopped up the water well. By the next morning, the dream camera was beginning to return to life. A blinking light here, a shutter-click there. But, it wasn’t to be. Despite all my efforts, the Leica, although still partially operational, would have to live out it’s days being permanently crippled.

I decided to return to the shop where I had purchased it from just days before, and explained to the one salesperson that could speak any English…”umm, well, it kind of got wet during Songkran. Really, quite wet indeed”. I tried to explain about the Tampons (pads), you can imagine the body language during that conversation. He asked to take a look at the barely alive camera. “A lot of water, umm, many water”, I said. Looking through the viewfinder, he announced “hmm…even many water…should be OK….hmmm..I replace for you.”

And that, is my tale of Songkran.

If you go, maybe leave your camera at the Hotel. 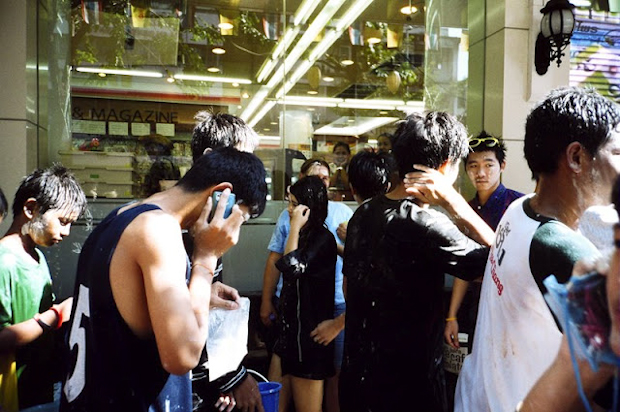 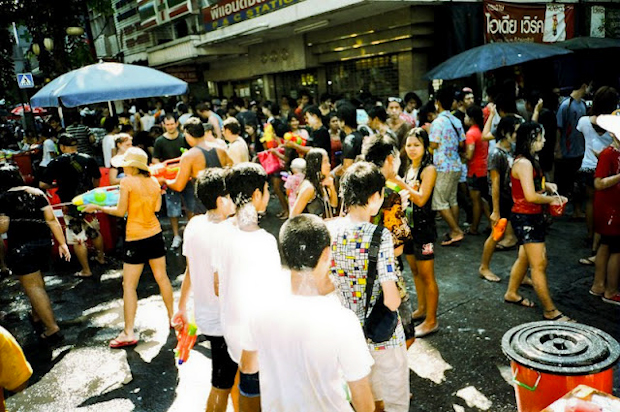 BTW, I would love to send you the next dispatch, posted from some-where random around this planet (and you'll soon find out why YOMADIC email followers are my favourite followers):
Thailand 2012BangkoksongkranThailand 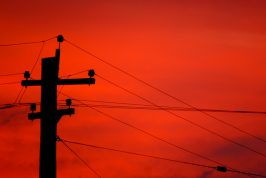 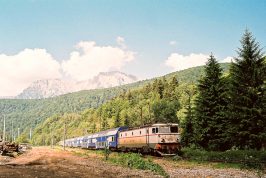 Quit Your Job. The Life You Have Imagined, Awaits.