The Sedlec Ossuary– or “Bone Church”, located in the town of Kutna Hora, an hour or so from Prague, is amazing for two reasons. First, it’s decorated with the bones of 70,000 dead plague infected humans. Second, Sedlec Ossuary was the subject of an article I did on the very first day of Yomadic. And well, that first post is the only page on Yomadic where nobody left a single comment. I took this to heart. There was only one thing to do. A couple of weeks ago, I returned to the Sedlec Ossuary,  to redeem myself.

That first Sedlec Ossuary article was entirely presented with grainy, moody, good old fashioned black and white film (film that was produced locally in the Czech Republic no less). I felt the result perfectly complimented the mood of the somewhat macabre and mysterious Sedlec Ossuary. This time around, I used my Fuji Xpro1, a digital camera. But, it almost didn’t work out this way.

I have been known to rabbit on about the incredible of Fuji X-Pro 1, calling it the best travel camera of 2012. I still hold this opinion. However, I still prefer the look, feel, and beauty, of black and white film. So, the day before I visited Sedlec Ossuary this time around, I purchased a new camera from one of my favourite camera shops in the world, located in downtown Prague.

It was glorious. A forty-year-old Yashica medium-format twin-lens reflex film camera. Complete with leather case flocked with red velvet. The kind and attractive young lady that served me really knew her stuff. We went over every function, tested every lever, pushed every button, then I loaded some film, paid her for her troubles, and hit the streets outside. It was time to get some street shots in – before heading to the Sedlec Ossurary to take the best photos that I am humanly capable of.


Outside the camera shop, I had just one look through the huge Yashica finder, and was smitten. As I do with every new film camera I buy, the first thing I did was to take a photo of Phillipa. I then handed her my digital Fuji, and delicately explained that my new/old camera would be the number one priority in my life for the next ten years, probably more.

Phillipa would need to take over the day-to-day photography duties of Yomadic, to allow me to concentrate on producing medium-format film photos of some merit. And, this would take time, as I had already mentioned. Was she even listening to me?

About 4 photos later, maybe twenty minutes had passed, strolling around the fairy-tale old city of Prague, the camera malfunctioned. It wouldn’t wind on the film. I had owned my new favourite camera for less than half an hour. It was a new record.

I returned to the shop, a non-English speaking technician inspected the camera. When he spoke to me, the only words I could understand were “transport malfunction”. The shop refunded my money, I shrugged my shoulders and took the Fuji back from Phillipa.


So, it was off to Sedlec Ossuary, with the Fuji X-Pro 1 digital camera. Instead of a roll of 12 photos, I had about 800 shots left on my memory card. Auto-focus, auto-white-balance, auto-dynamic-range, and auto-exposure, F2 and good for ISO 2500, it all ensured that every photo would come out perfectly. Still, a little piece of me still wished I had an old fashioned film camera on hand.

The Ossuary is open daily except 24th and 25th of December

Sedlec Ossuary taught me two things. First, film may look incredible, but digital is pretty damn sweet as well. Secondly, speaking of sweet, I’m an absolute sucker for anything decorated with human bones.

BTW, I would love to send you the next dispatch, posted from some-where random around this planet (and you'll soon find out why YOMADIC email followers are my favourite followers):
Czech Republic Czech RepublicKutna HoraSedlec Ossuary 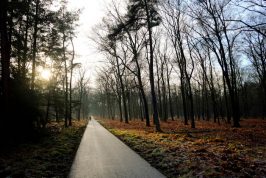 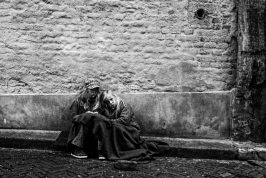