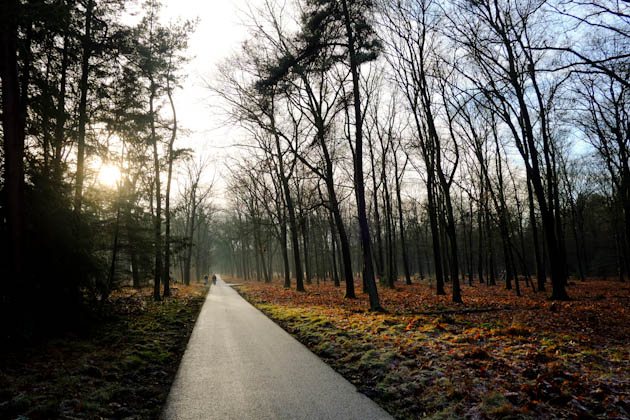 The Netherlands. It’s not just a country where large quantities of dubious substances are perfectly legal, and window shopping for Eastern European prostitutes is considered a tourist attraction. Yes, I now find myself in the fortunate position of being based in The Netherlands for a short spell.

Whilst the Netherlands may be primarily known for windmills, jazz cigarettes and the Amsterdam red light district, what might not immediately come to mind are glorious National Parks. Setting out to show there is another side to the modern and urbanised country of The Netherlands, today I visited the scenic Veluwe National Park in the province of Gelderland. I’ve taken a short break from street photography, and entered the fresh air and spectacular – at times surreal – landscapes of the Veluwe.

Located about 20km’s from the small city of Apeldoorn, Veluwe National Park is a favourite of dutch day-trippers. Being a well known naturally forested area, with tall peaks that reach a lofty 110m high, the Veluwe is also considered the Himilaya’s of Holland. That last fact isn’t true at all. The facts are, the Netherlands is an impressively flat country, perfect for riding bicycles. Of which, at Veluwe park there are around 1700 – freely available – allowing you to explore the many roads, tracks and paths at the your leisure. 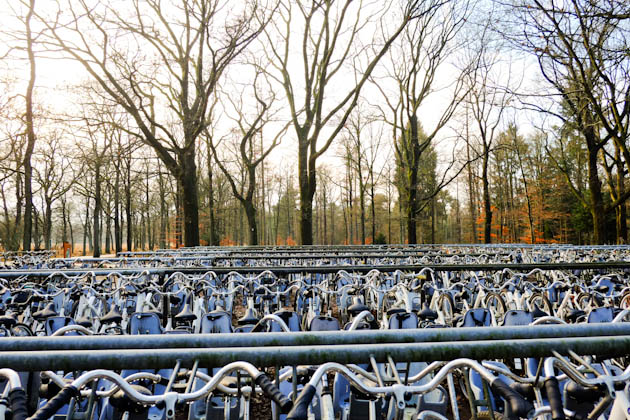 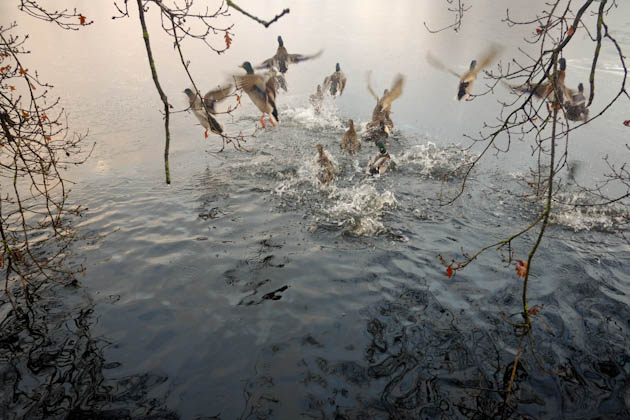 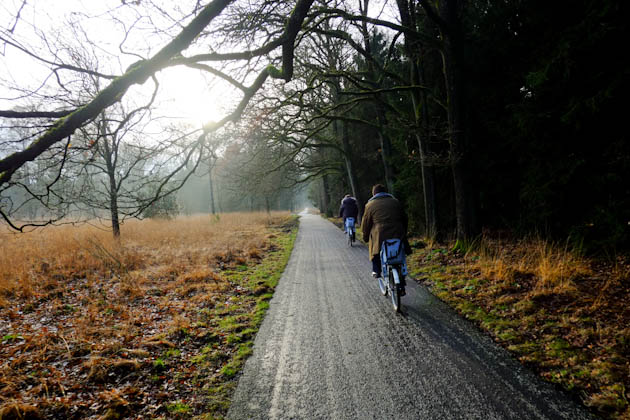 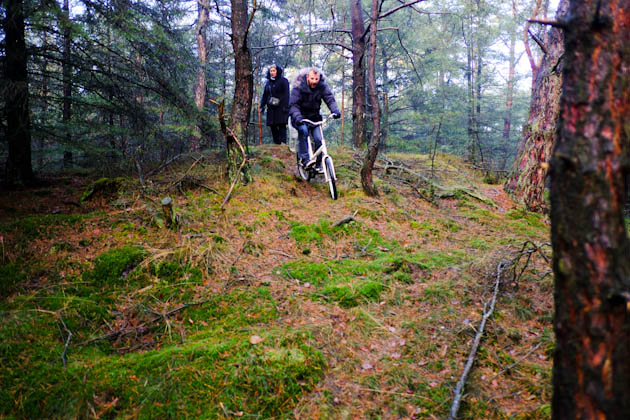 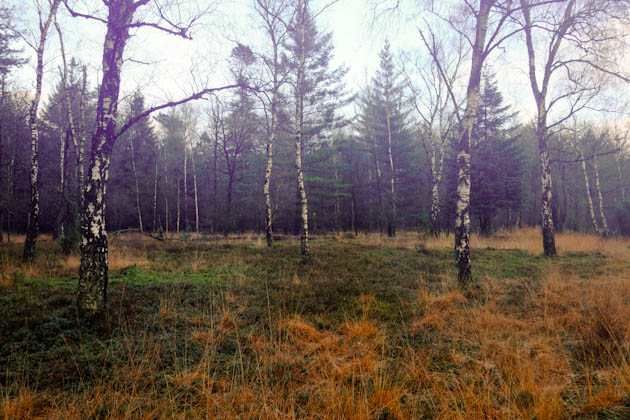 Having so many free and well maintained white bicycles located at several points in the Veluwe National Park is an incredibly brilliant idea. The Netherlands is a country known for a particularly large number of wonderfully thought out and implemented urban planning initiatives, and this is no exception. Encouraging the citizens to get some fresh air and exercise, is the epitome of common sense.

As the photos show, the dappled light was extremely photogenic. My relentless folly of pursuing grainy, noisy, sometimes angry and often out of focus black and white street photography took a back seat today. It was a real treat, and quite a surprise, to see the beautifully photographic colours of the Veluwe. All photos were taken with the Fuji X-Pro1, the world’s best travel camera. Keep in mind, half the time I was riding along on a bike, and half of the time the 18mm lens was fogged over in the cold air. Being able to adjust settings, wearing gloves and riding a bike through a Dutch forest? Priceless. 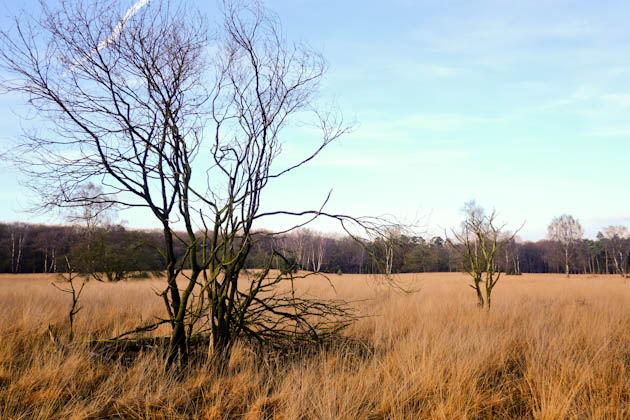 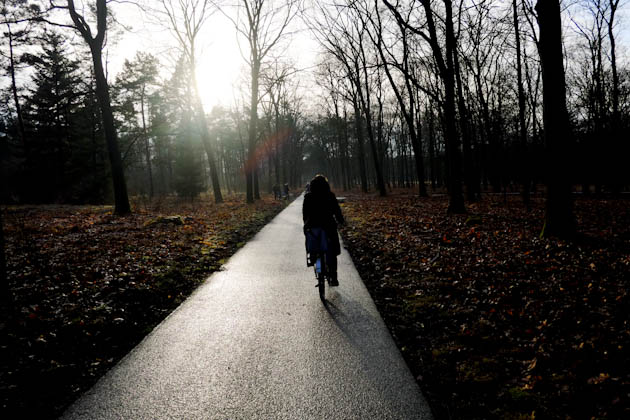 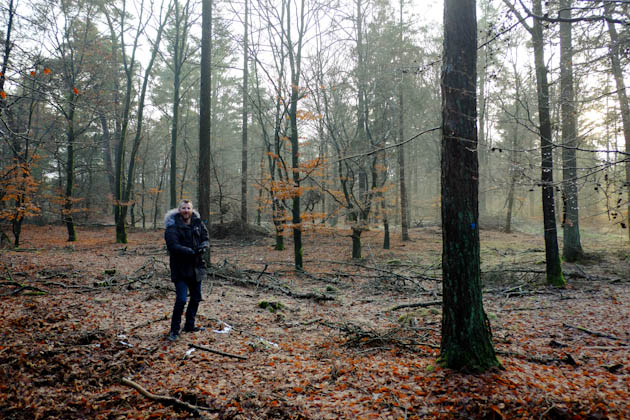 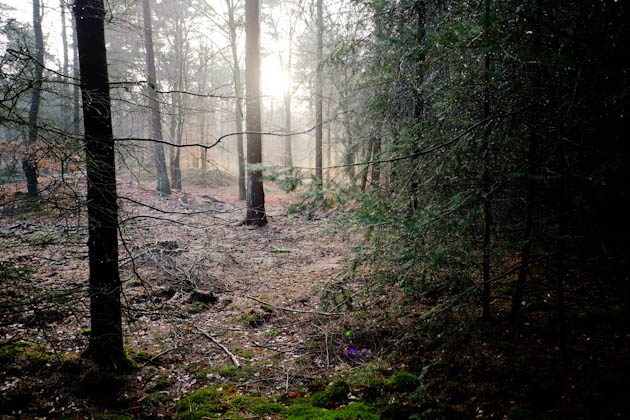 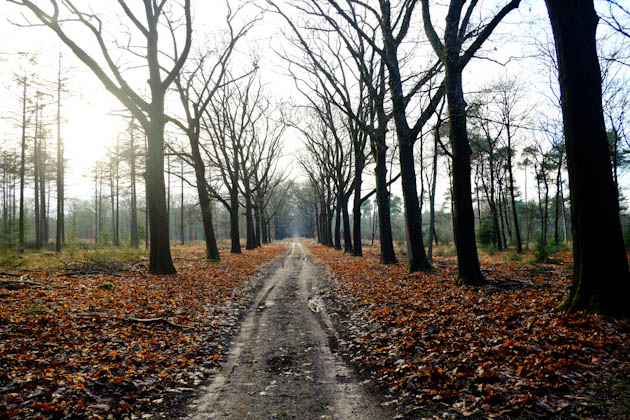 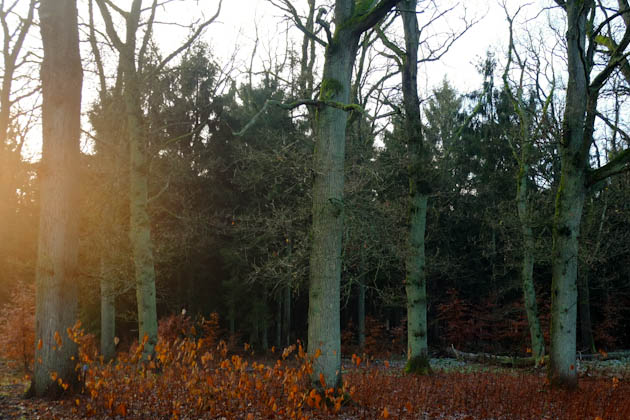 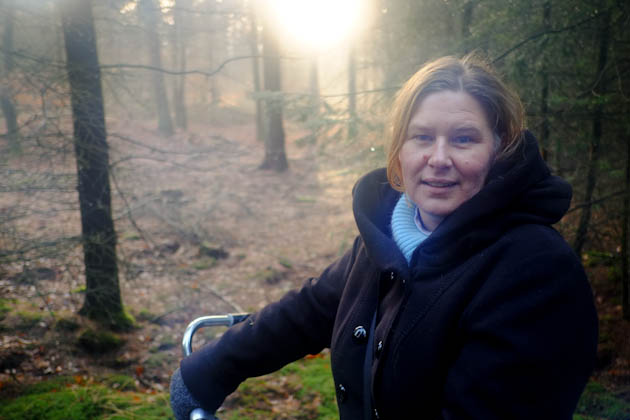 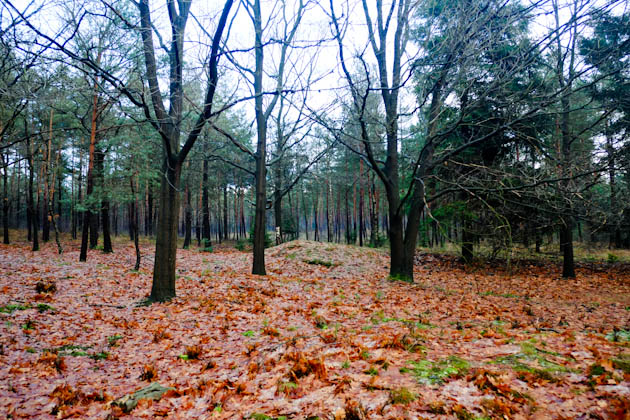 Veluwe National Park is located in the Gelderling province of The Netherlands. About 20km from nearby Apeldoorn, or about an hour’s drive from Amsterdam. For more information, take a look at the official website of Veluwe National Park. There is an entrance fee, but the bikes are free. Food and drink is available at the on-site restaurant (I recommend the goats cheese and honey Dutch pancakes – the honey is farmed from within the Veluwe National Park). 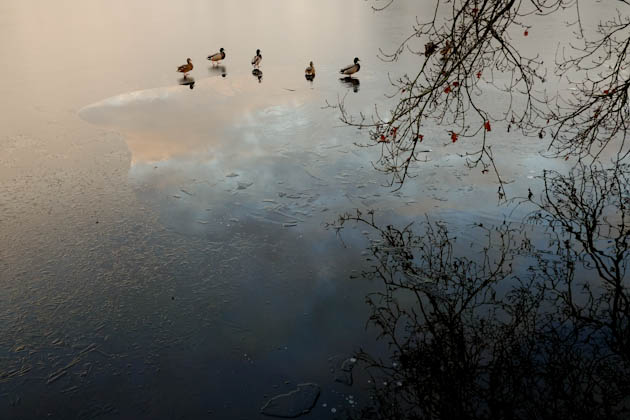 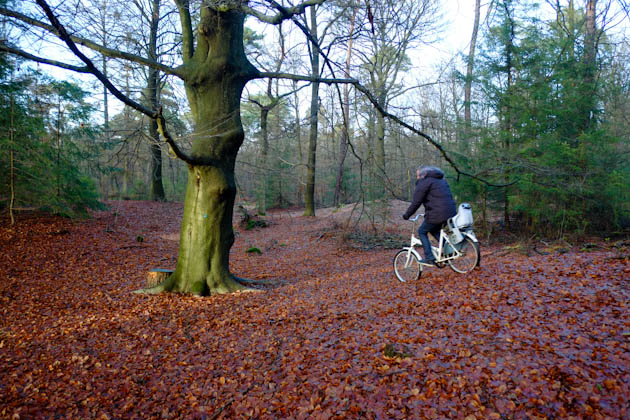 I’ve got a couple of Australian friends who have met Phillipa and I along the road here in The Netherlands. It was a great day trip to Veluwe National Park, just cruising through the forest, eating large pieces of meat and dutch pancakes at the onsite thatched roof restaurant. With a fireplace cranking out the heat, the warm and cozy restaurant made quite a change coming in from the icy-but-sunny conditions outside. We all ate heartily  getting some energy for the long ride back to the car.

It’s getting cold, winter is approaching. Geese were stuck in the sheet ice that had formed atop the lake at Veluwe national park. It’s snowed twice in the last few days. I’ve taken to frying bacon, fully clothed, that’s just how cold it is.

It’s the European leg of the Yomadic journey, and I’m looking forward to seeing some seriously chilly European winter action.

As an Australian, this bleak cold weather puts a large smile on my face.

BTW, I would love to send you the next dispatch, posted from some-where random around this planet (and you'll soon find out why YOMADIC email followers are my favourite followers):
Netherlands NetherlandsVeluwe National Park 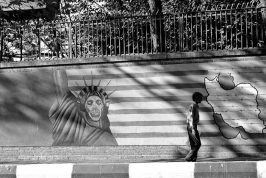 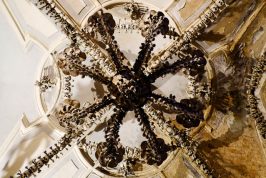 16 thoughts on “Veluwe National Park – the Himalayas of Holland”