Located in the “wheat belt” region of Western Australia, lies a small town called Quairading. It’s about three hours inland from the most isolated city on Earth – Perth, the capital and only city in a state that is large enough to engulf most of Europe. Or, around four Texas’s. Indeed, Western Australia is the second largest country subdivision in the world – only the little known Sakha Republic in Russia is larger. Popular hobbies in the Sakha Republic include bear hunting and preventing frost-bite. Over here in the wheat belt – a farming area of gently rolling plains about the size of North Korea and Croatia combined – hobbies include growing wheat, and holding the occasional bucks night.

Down-under, bachelor parties are known as “bucks nights”. I travelled from Eastern Europe to Australia, to attend a bucks night that lasted several nights. Taking place on a remote farm about the size of a sovereign nation, I had to consider all legal, ethical, and friendship implications before I presented these photos for public consumption. There were more guns than men, around a million dollars worth of off-road vehicles in various states of road-worthiness, and enough alcohol to see anyone through a Russian winter – and I’m no lawyer, but I’m fairly certain we gentlemen were not doing anything illegal. Fairly, certain.

In any case, a group consensus was naturally unavailable on whether or not I should be posting these Quairading photos here, so check them out just in-case they disappear faster than a drop-bear up a gum tree.

Most of Australia is unexplored, and lesser travelled. Western Australia, particularly so. Quairading may seem a little “off the beaten track”. Because like most of Australia, it is. I’ve found it difficult to explain just what Australia is like, to people who haven’t lived here. Perhaps it’s an impossible task. Almost as impossible as explaining to my Australian friends exactly why I’m travelling for so long, and why I plan on travelling for the foreseeable future.

I now find myself sitting in Singapore, waiting for the skies to open up and cool the place down a bit.  I’m enroute back to Eastern Europe, for part two of my journey – which commenced way back in July 2012. I’m not sure exactly what I’m doing, but I know I’m doing something. And maybe this year, or the next, I’ll figure it all out.

Back in January 2012, I gave this advice to anyone contemplating travelling long term:

Sell, give away, or throw out everything. You don’t need it. Stuff comes, stuff goes. Travel experiences last a lifetime. Don’t think about the cost, you’ll never regret one cent you spend on travel. Oh, you have children? Great. Take them with you.

We are all nomadic. It’s how we were, when the world was healthy. The more people stuck in once place, in meaningless jobs related to mindless consumption, the worse the world gets. It’s not a coincidence. Enough is enough.

Either we spend our lives stuck in an unhealthy rut, or we live up to our potential. So, start planning for your next adventure. Now. Don’t wait. As an added bonus, I will give you all the steps you need to plan your next journey, whether you are new or old to the travelling game.

I’ve stayed true to my own advice. I’m back on the road for part two of the Yomadic adventure, carrying the same 40 litre back pack that has got me through 632 days of continuous travel, so far.

I plan on travelling until I can’t.

BTW, I would love to send you the next dispatch, posted from some-where random around this planet (and you'll soon find out why YOMADIC email followers are my favourite followers):
Australia Australiaquairading 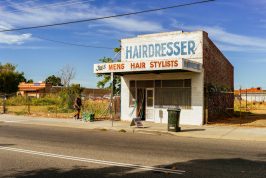 Perth – Is this Really The Real Australia? Update: Yes 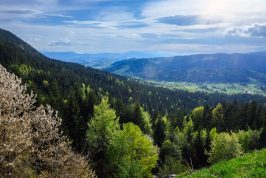 13 thoughts on “Photos Of An Australian Bachelor Party in Quairading – Guns, BBQ, Beer”