Inside a Soviet-era Underground Nuclear Missile Base – Seriously, We’re All Going to Die

Twelve levels underground, inside a self-contained Soviet-era strategic nuclear missile force base, hanging out with a Ukrainian soldier, his job was to reside forty-five days at a time down here, inside the unified control center, awaiting orders from the Soviet Union’s top-brass. Those orders would be instructions to launch one of ten Inter-Continental Ballistic Missiles, with charming names like “Satan” and “Iron Maiden”, aimed directly at United States population centers and military targets, theoretically giving the Soviet Union a first-strike advantage, and reducing the USA to an even more complete collection of rag-tag post-apocalyptic roaming-murder-gangs.

This is the Strategic Missile Base “Pervo Maysk”. Located in the middle of nowhere, a long way from Kiev and Odessa, away from population centers, surrounded by sunflower fields, in the quiet Ukrainian countryside. Like an iceberg, above the surface Pervo Maysk shows only a hint of what lies beneath. There’s a few light-weight fences, some electrified rusty barbed-wire, and a small collection of buildings – disguising a real, cold-war-era, underground, Soviet Union nuclear missile base.

Beneath the surface, not so long ago, an array of locked-and-loaded nuclear missiles were ready to go. The earthquake-proof command center controlled various other nuclear missiles, dotted around the nearby vicinity. These days, the facility has been decommissioned – but almost perfectly preserved – including “the” launch button, located in a tiny submarine-like room a very long way beneath the surface. Yes, I pressed it. The control panel lit up, to simulate (I hope) a launch of ten ICBM’s. There were many buzzing sounds, and we joked about aiming the warheads at Mar-a-Lago.

What can I say? They’re a funny old thing, nuclear weapons. From the heartland of America, to the Siberian plains in Russia, millions of people work many hours each week, in jobs they mostly don’t like, to pay taxes and fund an arms-race that will likely destroy the human-race. Every nation with nuclear weapons repeats the same mantra – these weapons will only be used in self-defense, and it’s all about keeping a balance of peace. Thousands of these weapons, ready to go, in various countries across the planet, sitting on a hair-trigger. An arsenal so intense, that one day there is little doubt we will change Earth forever – peacefully.

We’re well and truly powerless to stop the madness. Maybe, we never stood a chance. Was it complacency and apathy that got us to this point? Or our voluntary support for a decades-old conga-line of democratically elected leader-demons, spending with impunity the fruits of our labour on upgrading, maintaining, and enhancing these peace-keeping weapons of unfathomably powerful destruction? Probably, we’ll never really know how it happened, when it happens.

Global thermonuclear war, as Matthew Broderick has been trying to tell us since 1982, is a lose-lose proposition. There are no “acceptable losses” or “first-strike advantages”. It doesn’t matter where you live, there’s no escaping the consequences. These weapons are real, there’s already too many, and the power of just one would cause a single-event death-toll higher than anything we have ever seen, in the history of the world.

Sadly, the system of mutually assured destruction has been entrenched into permanence.

And, we’re tick-tocking ever closer to the end-game.

But maybe, maybe, there is some good news.

Of some relevance – since visiting this base I’ve spent six-days straight with one of the worlds pre-eminent experts in all things nuclear. I don’t want to say too much, and due to his level of security clearance, we’re no longer allowed to have further contact. In the words of his government, I’m a “foreign national”, and can’t be trusted. However, I really learned a lot about radiation. Update: it’s generally pretty bad. God damn it, I’d love to give a funny anecdote about global thermonuclear war right about now, before this starts to get a bit morbid.

“The release of atom power has changed everything except our way of thinking…the solution to this problem lies in the heart of mankind. If only I had known, I should have become a watchmaker.” – Einstein

Well, there really is some good news – a silver lining to the certainty of this madness.

The thing is, one way or another, you’re going to die. We’re all going to die. Maybe not tomorrow, or next week, or even next year. But, we’ll all die. Hopefully, it will be quick, and without suffering. Maybe it will be a Nuclear World War III, maybe something else. By the time you read this, I may well be dead. Morbid, but true. Shit does happen sometimes.

So, start making the most of your time.

PS, the FINAL tour of Ukraine lead by myself, Phillipa, and Darmon of the Boheman Blog, will be available to book very shortly. January, 2018, in the middle of Winter, and we’re finalising dates now – but will promise an experience like no other. If you’re interested, click here and ask to be put on the information list – numbers will be purposefully limited.

PPS, I just arrived in Iran today, and I’ll be here for a few months. I update Instagram almost daily.

* with thanks to William Shatner.

BTW, I would love to send you the next dispatch, posted from some-where random around this planet (and you'll soon find out why YOMADIC email followers are my favourite followers):
Ukraine ArmageddonJoey RamoneMatthew BroderickUkraineWilliam Shatner 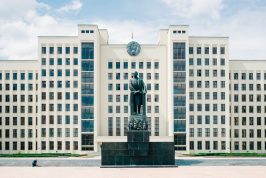 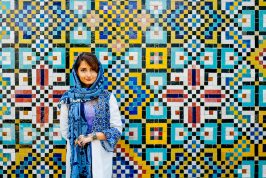 Sorry, But This is What Iran is Really Like

11 thoughts on “Inside a Soviet-era Underground Nuclear Missile Base – Seriously, We’re All Going to Die”