New Zealand Panorama-rama! One feature of many current-model travel camera’s is the ability to easily capture panoramic images. In a country like New Zealand, I finally realised the benefit of such an easy to use feature. There’s an obvious reason so many films are shot in New Zealand – three-hundred-and-sixty degrees of mind blowing scenery, almost anywhere you stand. A landscape built for panoramic photos.

At first, I considered writing an article titled “the entire country of New Zealand in 500 words or less”. But then I thought, why not collect some of the panoramic photos I have taken in Aotearoa, and present them in one article? If this New Zealand panorama-rama doesn’t make you want to travel to the land of the long white cloud, nothing will. I’m pretty certain it will.

In New Zealand, I lived inside a twenty-year old RV (motor home) for about three weeks straight, and travelled all over the South Island. I should mention, I’ve got a bit of a thing for budget accommodation. Sure, when I last visited UK, I stayed in a 4 star luxury hotel in London. But this certainly isn’t London. It’s New Zealand, and for almost a month I traded posh hotels for cosy RV’s, and grimey streets for stunning landscapes. I gave up the urban jungle, and got back to nature.

Much like my lack of London knowledge (as tactfully pointed out in the comments here), I’m a bit of a novice at landscape photography. But really, how can you go wrong in New Zealand? As with many newer travel cameras, the Fuji X-Pro1 has a really simple-to-use panoramic function. Just stand in one place, hold the shutter down, slowly sweep from left to right, and if you’re in New Zealand, you’ve got yourself one heck of a panoramic photo. Choice, bro.

There is just a little bit of camera manual-ness required to get your own pics like these – you don’t want a shutter speed too slow, or it will be blurry. You don’t want an aperture too large, shallow depth of field makes it more difficult to get a cleanly stitched panorama.

What more can I say about New Zealand? Nothing. These pictures tell you all you need to know. New Zealand is simply incredible, and I really think travelling the South Island was a “journey of a lifetime”. But, this week, I’m in London, my favourite city. Only joking! I’m in Kuala Lumpur, Malaysia.  I’ve been using my time in Kuala Lumpur to eat ridiculous meals, and to set up for a journey I am incredibly exited about…

Next week, I will be heading to the mysterious destination of Iran. A nation known for its proud ancient history, as much as its sometimes controversial and recent history. I’m still sorting a few last minute details I don’t have any hotel bookings yet, for one. However, if I can blog “live” in Iran, I will. There’s some pretty extensive banning of websites going on in Iran, but at the moment, I’m pretty certain yomadic.com has escaped the government censors.

The Fuji will definitely be getting a huge workout in Iran. From the streets of the largest cities, to the remote desert towns, and everything in between.

I hope you can stick around, for my second “trip of a lifetime” this year.

BTW, I would love to send you the next dispatch, posted from some-where random around this planet (and you'll soon find out why YOMADIC email followers are my favourite followers):
New Zealand New Zealand panorama 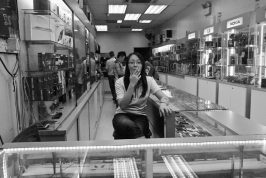 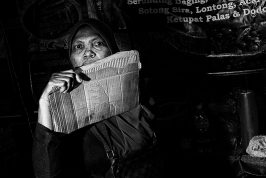