Legoland Malaysia. There’s only one thing better than being at the opening day of a new Legoland theme park – and that’s being invited to Legoland Malaysia the day before it officially opens. When I received the confirmation email and media passes, I became incapable of breathing normally. I was thinking one thing – it’s Friday, a school day, the park isn’t even open to the public yet, and I get to explore it all, WITHOUT ANY CHILDREN BEING THERE!

76 acres. 40 rides. 50 million Lego bricks. 15 thousand Lego models. 1000 employees AKA “Model Citizens”. Most impressive Legoland Malaysia statistic? Zero kids! It was just too much to take in. The Duplo playground was bound to be empty. I would have the Lego City Airport, Fire-station, and even the Lego-Technic roller-coaster all to myself. I could probably hi-jack the Legoland Express (possibly the worlds slowest train), and attempt a 3 miles-per-hour derailment (don’t laugh, it could happen). The possibilities of kid-less Legoland Malaysia were overwhelming.

Many of us have fond memories of playing with Lego as kids. Bucket-loads of colourful Lego bricks, spaceman heads, satellite dishes, and the odd plastic flower, or if you were lucky, a computer monitor – they were rare back then, I used mine for a…..sorry…where was I… oh yes….. Lego piles strewn out all across the room led to countless imaginative and creative hours of fantastical construction and demolition (recovered that one nicely, right?). The appeal of playing with Lego is the lack of any rules, and the pure tactile-ness – confirmed by stepping bare-foot on an 8×2 errant block that missed the packing away stage of play.

At Legoland Malaysia, the happy childhood memories came flooding back. Those days were simpler days, when kids had cow-licks, and adults wore onions on their belts (it was the style at the time). These days, life consists of researching cheap hotels in a mad grab at stretching my time-off from the adults-only rat-race as long as possible. Truth be told, I’d rather just play with Lego.

Clearly, the photos show that there were plenty of damn kids at the pre-opening of Legoland Malaysia. But, truth be told, I’m glad they were there. From the moment I arrived, I noticed their excitement was well and truly off the scale. Those crazy little buggers. Smiling, posing for photos, freaking out on the rollercoasters, throwing rocks at pirate ships, and endlessly gazing at the detailed scale models of destinations around the world. No doubt, Legoland Malaysia will inspire kids to travel, and to see the world – which, after all, is the main reason Yomadic exists.

Simply put, the lucky school kids who got to pre-test Legoland Malaysia instead of sitting in class, really did make the day 1000 times more real. So, thanks kids. Now get off my lawn <insert old man shaking fist here>.

So, nice Legoland Malaysia PR lady, hook me up for the water park opening in 2013?

I’ll definitely return to Legoland Malaysia. On this ridiculously hot and humid Malaysian day, the coming-soon Legoland Water-park had my sweat glands working overtime in pure anticipation. Not to mention the coming-soon Legoland Hotel, complete with Lego themed rooms. I think I’ll choose the “Legoland Pirates of the “ room. Or maybe “Chubba the Shedd’s Dust Palace”. That’s not a real thing by the way. In any case, 2013, Legoland Malaysia, hook a brother up.

BTW, I would love to send you the next dispatch, posted from some-where random around this planet (and you'll soon find out why YOMADIC email followers are my favourite followers):
Malaysia iskandarjbjohor bahrulegolegolandlegoland malaysia 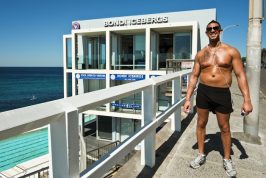 Exactly How To Live a Life of Travel. Another Yomadic Two Step Guide™ 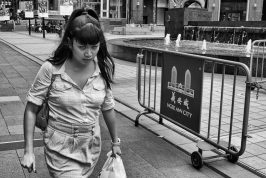