Burmese Lacquerware? Not in This 56 Second Movie.

Burmese Lacquerware? Not in This 56 Second Movie. I’m new to travel blogging, but I’ve been around the photography and writing block, a time-or-two. Search-engine-optimisation, eye-balls, transactional content, Web 2.0, I’ve heard of those terms. However, this post is about a third-world factory in Myanmar. A tale of child labour, cigars, and the places you end up when you don’t plan your day in Myanmar. Indeed, it’s a 56 second video I produced showing assembly line workers at a Cigar factory between Yangon and Bago.

If I was looking for hits and rankings, the post would have likely been about “Cute Burmese Cat’s of Yangon”, or maybe “Top Ten Places to Buy Non-Government Owned Burmese Lacquerware”. That second example may have been a little esoteric for those that haven’t yet visited Myanmar, but trust me, it’s a solid and somewhat amusing observation in this context. Do you know how many people are searching for “Burmese Lacquerware”, right now? Probably, nobody.

In any case, it is important to recognise that searches in Google drive most of the traffic of every travel blog on the Internet. But, screw that. I want like-minded travellers, and dreamers of travel, around here.  People who have ended up here via google, hey, welcome. But I know your type. Like a certain karmic 80’s Chameleon, you will come, and you will go.

Google fly-ins, you were looking for Burmese Lacquerware.

Regulars, locals, insiders, future friends, you’re also getting a video taken inside a Burmese Cigar Factory. With a super-cool soundtrack.

Either way, I’m glad, very glad, you made it to Yomadic today. Regular, or drop-in, you’re all welcome here. I just like the regulars a whole lot more.

This video is part two of a previous story “Sweatshops, Child Labour, Myanmar Attractions?“. That story has depth, and photos. This story is a poor attempt to let you know that the content here on Yomadic never will be purely driven by SEO.

BTW, I would love to send you the next dispatch, posted from some-where random around this planet (and you'll soon find out why YOMADIC email followers are my favourite followers):
Burma, Myanmar BurmaburmesefactorylacquerLacquerwaremovieMyanmarvideoware 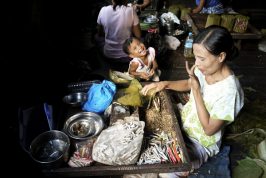 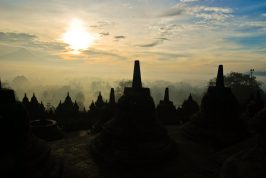 3 thoughts on “Burmese Lacquerware? Not in This 56 Second Movie.”