These days, most foreigners are welcome to enter and observe the formerly mysterious Republic of Belarus. Citizens on the official list of acceptable nationalities receive a visa on arrival at Minsk National Airport. This involves only a brief interrogation, with at least two smartly dressed government representatives. Then you’re free to wander around Minsk, the spotless capital city, with almost the same level of restricted freedom and Soviet-era comfort that’s mandatory for all Belarusian citizens.

Trying to make sense of Minsk, you may conclude it’s quite nice, and that Europe’s last dictatorship makes for a surprisingly on-trend weekend escape in a quirky kind of way. Or, that Minsk is mysterious and surreal, a strange post-Soviet city, where everyone lives inside a hellish collective nightmare and you just can’t seem to awaken them. Both opinions would be correct.

Either way, for the casual tourist Minsk is wondrous. There aren’t many cities where such a jarring juxtaposition of experiences can occur. One moment, you’re walking along mostly empty downtown streets, bathed in the geometric shadows of an imposing collection of Soviet-era architecture, watching Chinese business tourists take selfies in front of Lenin statues, and wondering why the KGB still exists here.

Then, you’re inside a classical eighteenth-century building, constructed in the nineteen-eighties. Sipping a strawberry daiquiri from a Polynesian Tiki mug decorated with pink umbrellas, you notice the smoke, wafting from a miniature marijuana-cigarette, a little treat the bar person carefully pegged to the rim of your cocktail. You’ve swapped the grim shadows of Soviet-modernist architecture, for the dappled multi-coloured glow of a Ukulele-playing Hawaiian-girl in the form of a neon light. And now, you’re peering through the grassy decorations of an indoor thatched-roof hut, wondering why that guy in the ill-fitting suit, wearing an earpiece and dark sunglasses, is standing alone at the bar speaking into his collar.

This is Minsk, and that’s the most sense it will ever make.

Back in Kiev, through damp eyes, I watched the parade from afar. Highlights included made-in-Belarus tractors dressed with top-hats and adorned with giant cardboard mustaches, performing synchronised tractor-ballet, followed by a convoy of flatbed trucks proudly displaying processed meat-products and made-in-Belarus toilet bowels. Realising that Soviet-era parades are still very much a thing in 21st-century Belarus, I vowed to return.

Belarus Independence Day is the busiest and most nationalist day of the year. From early morning in Minsk, large queues are formed on the normally off-limits grass. For your own safety, security forces will thoroughly examine everything you’re carrying, check for explosive residue on your sleeves, pat you down (separate aisles for men and women), and wave you through with a hand-held metal detector.

Entering the designated celebration zone, you’ll be permitted to view the parade strictly on one side of the street only, and constantly told to stand back from the guardrail an arbitrary distance by one of the many security personnel. It’s an understandable set of necessary inconveniences, to be able to witness the world’s last, and only, tractor-ballet.

Sadly, this year there were no tractors. No meat-trucks. Not even any made-in-Belarus toilet displays. Everything had been replaced with a scarily modern display of high-tech missiles, machine guns, tanks, anti-aircraft systems, weaponised drones, jeeps, soldiers, and all sorts of armored vehicles and military hardware. The enormity of the parade rumbling through the city center was genuinely impressive.

Even better, was seeing the smiling faces and happy eyes of the local Minsk children, quietly cheering and waving little Belarus flags, as the parade of weaponry purely designed to cause unspeakable horrors, gruesome death, and the loss of innocent lives, rolled on by.

Minsk citizens may be restricted from walking on the grass in city parks, a bottle of water can be difficult to come by in the city center, and you’ll never ever see anyone cross the road on a red light. For a population of two million people, Minsk is often disconcertingly quiet, and it’s clean to the point of sterility. However, there is no denying that Minsk is a fascinating city, especially on Belarus Independence Day.

On each visit to Minsk, I’ve been randomly approached by locals who are eager to just have a chat and speak with any tourists – of which there are few. There aren’t many places left in Europe where that still happens, and it’s probably the best way of getting to know a place.

But, after two visits, I feel like I have no idea about this city at all.

And so, I’m going to return to Minsk, soon, and hopefully for longer next time.

PS, for continuity, after spending three months in Iran, I travelled to the Persian Gulf, Dubai, Ashgabat, and Minsk, and I’m currently in Kiev, Ukraine.

PPS, just a few seats remain for next years 2019 Yomadic tours through Iran and Chernobyl/Ukraine (sorry, 2018 is completely sold out). These tours are incredibly popular, and numbers are intentionally limited. I’d love for you to come along, and make sure to bring your camera.

BTW, I would love to send you the next dispatch, posted from some-where random around this planet (and you'll soon find out why YOMADIC email followers are my favourite followers):
Belarus 1984Axl RoseBelarusMinskSoviet architectureSoviet modernismsovmodstreet photography 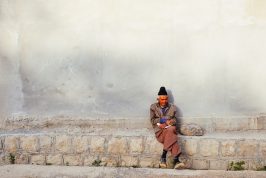 Guide to the Lost Paradise Hidden from Everyone – Dashtak, Iran 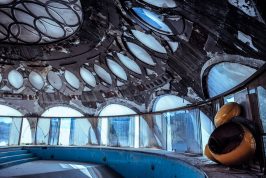