Australia is a land without winter. Blue skies, beautiful beaches, a land girt by sea, and sure it’s filled with a population of immigrants who are staunchly anti-immigration, but Australia is deservedly known as a once-in-a-lifetime dream-destination. People from all around the world suffer through the world’s longest flights to enjoy the simple experience of slowly sipping an eight dollar coffee whilst patting a kangaroo.

Sure, I can understand the appeal – for my most formative years I was fortunate enough to call Australia home. Like every Aussie at the time I was rarely sober, but either way, I blame the beautiful “lucky country”, not the depressing alcoholism, for fostering my burning desire to travel deep into an Eastern European radioactive apocalyptic wasteland during the height of a dark, snowy, and freezing winter.

Surprisingly, I found ten other people who shared my travel contrariness. Last week, guests from three different continents arrived at the icy Kiev Boryspil Airport, joining myself, Darmon Richter, Ken from accounts, and the various local Ukrainian experts who assisted us on our second Ukraine Pop-Up Tour – the Winter in Chernobyl edition.

This isn’t a commercial, but I want to quickly give some feedback about the tour. One of our guests, Max S, currently recovering from severe radiation poisoning in a Seattle hospital says: “thanks again guys for an amazing and unforgettable week.” You’re welcome Max, and I look forward to showing you and your wife the Islamic Republic of Iran later in the year, a totally normal travel destination.

Of course, Max isn’t really in the hospital. Or is he? Who really knows? As Donald Trump says: “no, you don’t get a question, you’re fake news, your organisation is terrible, don’t be rude”. The point is, it turns out when I looked at Max’s passport, it was a different Max, he was never at Chernobyl, it’s a disgrace, and I think he should apologise.

More than enough has been written about the nightmarish Chernobyl disaster that occurred in 1986 (coincidentally on the same day that Diff’rent Strokes was canceled), so I’ll just give a quick summary of what happened. It all started when a Russian government employee needed to protect his job and life, due to an insanely stupendous misappropriation of billions of dollars worth of Soviet funds.

During the height of the Cold War, this man had overseen the construction of an enormous hi-tech mind-control radar-weapon, which was pointed directly at the United States.

Being the overseer of an impressive and enormously prestigious, albeit top secret project, facilitated a hasty climb up through the Soviet political ranks. The problem was, the Duga Radar, located not far from the Chernobyl nuclear reactors, didn’t actually work. It was never going to work. And our man knew it all along.

Not long before the Chernobyl disaster, an inspection date was set. Top Soviet brass would be travelling from Moscow to Chernobyl, to check out the Duga Radar facility and receive an overview of exactly how things were going. Which meant they would discover the real truth about the “Russian Woodpecker” being nothing more than a colossal waste of Soviet money. The enormously expensive vanity project would thus seal the fate of the Russian government employee behind it all – his dishonor, and his death sentence.

He decided a nice distraction would be ordering the Chernobyl power station tech’s to perform a non-standard test on reactor number four, which surely would cause the nuclear plant to explode, and sure, the meltdown would create the greatest environmental catastrophe in global history, render hundreds of kilometers of prime Ukrainian and Belorussian land uninhabitable pretty much forever, kill and disfigure thousands of people, but, hopefully it would save his job and his life.

A cunning plan – no power station, no radar, and therefore no need for the impending governmental inspection to take place. Perhaps not quite a victim-less crime, however, it worked – and his job was saved. A few months later, he got a tummy-ache and died.

In 2017, the nearby city of Pripyat is simply a rapidly decaying ex-Soviet abandoned city in the middle of a highly radioactive forest, a quick bicycle ride away from the Chernobyl power station. Once housing around 50,000 people, there are six high schools, twelve kindergartens, swimming pools, train stations, a port, many shops and restaurants, all placed along well-planned tree-lined boulevards. It’s a much larger city than most people imagine.

Pripyat, and the Chernobyl Exclusion Zone, it may be an attractive destination for some – but let’s be honest here – as far as a “tourist attraction” goes, exploring a radioactive abandoned city near the border of Ukraine and Belarus in minus thirty degrees wind-chill isn’t exactly a popular idea. Like all travel tastes, it’s subjective.

For some people, the Grand Canyon is just a big hole in the ground. The Eiffel Tower is just an old French building. Dubrovnik is just a seaside collection of Star Wars tours and Game of Thrones souvenir shops. And yet, they’re all very, very, popular tourist attractions. I’m not sure why. People tell me “Nate, you may not like it, but there’s a reason those hugely touristic places remain so popular with visitors”. They never specifically explain the “reason”, but that’s not important – travel is personal, we all have different desires and opinions.

Here are some other things that were really popular for “a reason” during the last year: voting for murderous politicians and lining up at McDonald’s. It doesn’t take a stroll through an apocalyptic wasteland to have you wondering exactly what in the fuck is going on with humanity.

Of course, there’s no sense in travelling to the border of Belarus in the middle of winter and camp out in a radioactive forest for two days simply for the sake of travel contrarianism. Most people aren’t interested in visiting Chernobyl during winter, or at any other time of year.

Mostly, the people that care about this sort of thing are living in dank basements, listening to Sisters of Mercy, polishing semi-automatic weapons, stock-piling Soylent Green and preparing for the impending Judgment Day. They’re unimpressed by this article, they’re scoffing at my amateurish understanding of post-Soviet shit-hole’s, and on some level, they just wish I would die. But, if you need any info on countries that may or may not exist, those reddit-trolling nerds are a veritable fountain of knowledge.

Not surprisingly, I didn’t see any other tourists in Pripyat.

PS,  for continuity – since the last Yomadic post I travelled from Iran to Northern Italy, I’m now in Kiev, Ukraine, and it’s really freakin’ cold. My Fuji X-Pro1 camera is still dead, and I continue using my phone camera for all photos. Thanks for reading, maybe you’d like to check out more articles about Ukraine…

BTW, I would love to send you the next dispatch, posted from some-where random around this planet (and you'll soon find out why YOMADIC email followers are my favourite followers):
Ukraine ChernobylPripyatSisters of MercyUkraineurbex 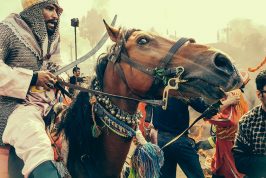 I Will Burn Your Country to The Ground – Iran Tour Report 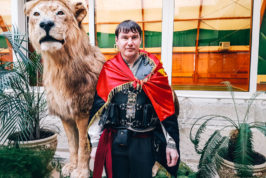 Resident Evil – Inside the Mansion of the Former Ukrainian President

23 thoughts on “Ukraine in Winter – the Peakness of Bleakness™”